A Fairy Tale for our times*

Once upon a time lived a family– there was Mummy and Daddy Pig who had three children – Paris, Pepper and Phoenix, who had all soooo long that Mummy Pig finally declared:

"Enough is enough! You now have to go and stand on your own four trotters. We have approved a loan (from the Bank of Mum and Dad) to go and build houses for yourselves. But take care… if you want to build homes that are fit for the future… you must at first defeat the ogre that is climate change – the biggest threat to our civilization.”

So off trotted a very excited Paris, Pepper and Phoenix.

"We will take care that the climate change ogre does not catch us out," they said.

After a little while they met a man carrying some bricks.

"I want to build a house for myself. Please will you sell me some of your bricks?" asked Paris.

And Paris built herself a house of bricks.

It took two years to plan and build and Paris was very pleased with it. "My house is brand new and made from strong, expensive materials – the Climate Change ogre won't catch me out here." 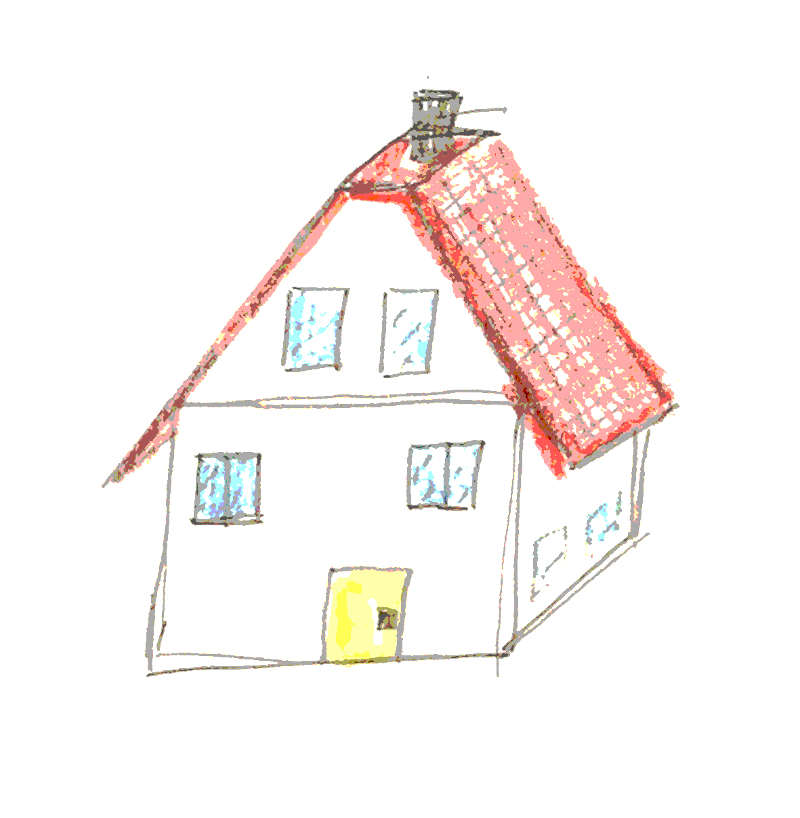 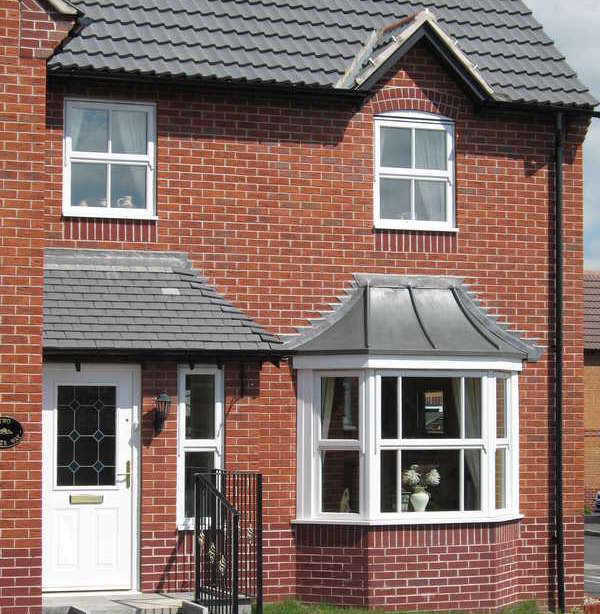 Pepper and Phoenix were not all that impressed and continued along the road, determined to build a better house than Paris.

Soon they met another man who was selling glass and steel.

"I want to build a house for myself. Please will you sell me some of your glass and steel?" asked Pepper.

"Sure," said the man. And he sold Pepper 359 metres of brand new steel beams, 400 metres of cladding and 20 large triple glazed windows.

So Pepper’s super modern house took 24 months to design and build and she was very pleased with it, exclaiming "I’ve done my bit to defeat that ogre Climate Change and built a super insulated, low energy home." 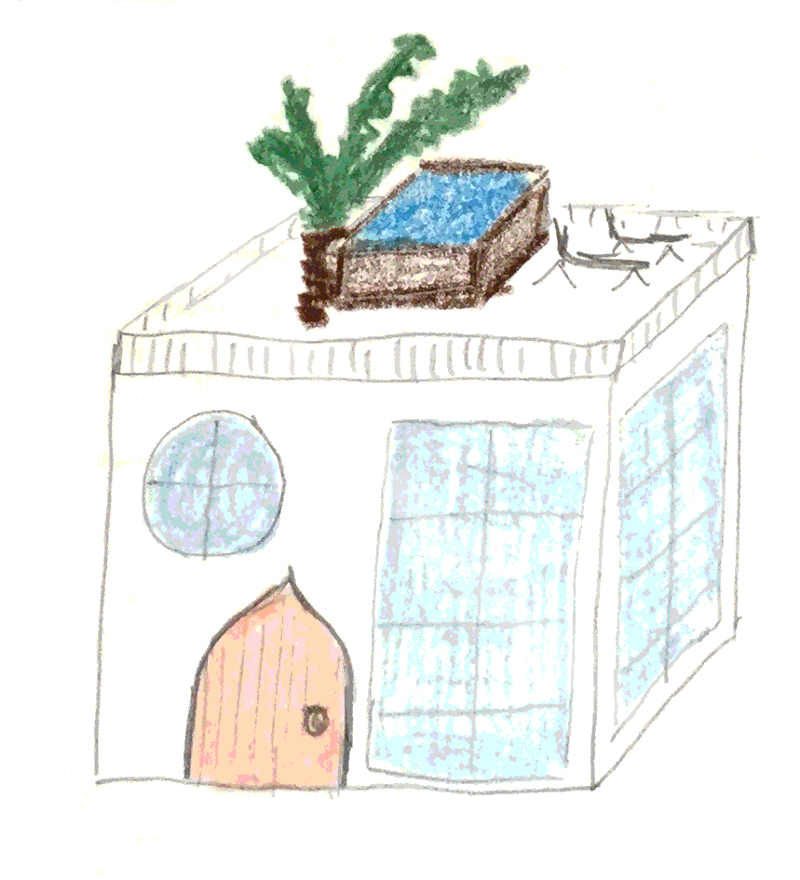 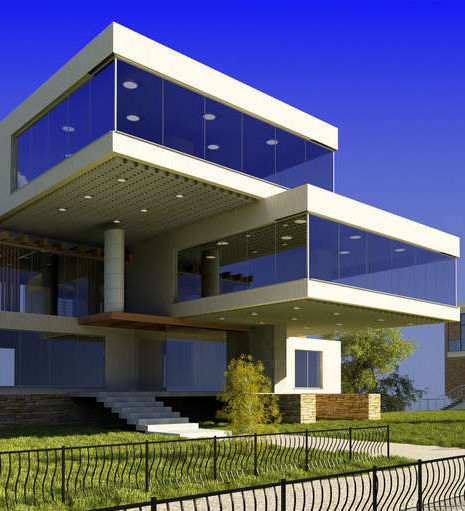 But Phoenix was not convinced and continued along the road. Soon he met a man who was offering something completely different. He was selling re-usable, portable building parts, designed to make the most of available resources and so flexible that they will adapt as conditions change.

The man called these bio-stys**

"I want to build a house for myself. Please will you sell me some of your bio-stys?" asked Phoenix.

"Yes. For a two-person home you will need 3 bio-stys" said the man.

And Phoenix built a home in 3 months, from materials that can be recycled and knowing that it could adapt and change if the ogre Climate Change came to call. 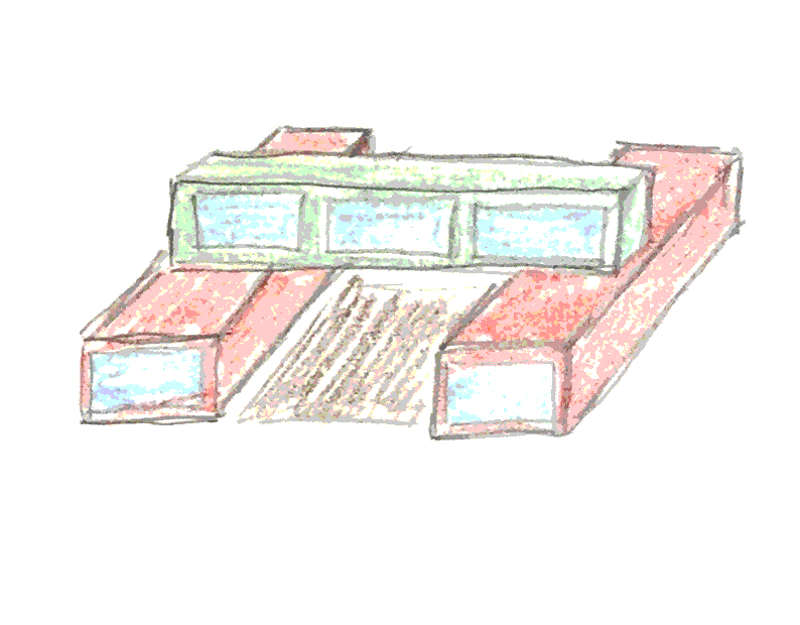 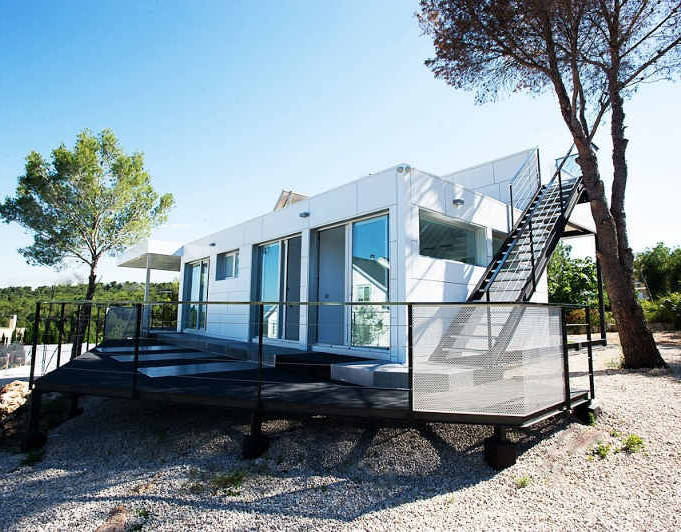 So Paris, Pepper and Phoenix were all happy raising their own families but by 2050, it was clear that humans could not agree on how to limit the rise in global temperature, even though they did eventually accept that this was a good idea.

Not long after, the ogre Climate Change came knocking.

Climate Change knocked first at the door of the brick house.

Paris ran inside and locked the door as she saw the first wave of sea break through the defences. But the ogre Climate Change broke down the door – even while she was chanting "By the hair of my chinny chin chin, I will not let you in."

Climate Change then visited the glass and steel house, in the form of a prolonged spell of extremely stormy weather.

But Climate Change took no notice and it huffed and puffed until Pepper and her glass and steel were completely destroyed.

Astonished at its own power, Climate Change continued down the road of destruction to where Phoenix had built his bio-sty.

Phoenix was smart and he was expecting Climate Change. When he saw the ogre was coming, he simply deconstructed his home and built it in another place, away from danger. Phoenix was safe. His insurance company were very pleased and the rebuilding of his home provided much needed skilled work for the local economy.

Climate Change was very angry, so hatched a plan thinking "this pig Phoenix is a clever little so and so – if I want to catch him I must pretend to be his friend."

So the ogre Climate Change said, "Phoenix, if you stay here for many many years, I will provide you with everlasting sunshine.”

"OK ogre," said Phoenix, knowing all the time that Climate Change just wanted to destroy him.

So when Climate Change had turned the entire garden into desert with no food or water, Phoenix had already moved to another place, away from danger.

The ogre is really under the weather now…

"Phoenix, I had no energy yesterday. CO 2 levels in the atmosphere have started to decrease and I just don’t have the vigour of my early years."

When Climate Change heard this the ogre was very, very, very angry indeed.

It said, "Phoenix, I am going to invest all I have and destroy you."

All the while, unbeknown to Climate Change, Phoenix was busy working with his friends in the Ellen McArthur Foundation and QED on implementing real-life circular economic models that provide food, shelter, transport and comfort that work for everyone.

* I can remember being read the three little pigs as a kid. Growing up in the UK, this particular tale is very pertinent to all Englishmen in their castles.

It’s interesting to note how fairy tales help establish social norms and become a part of the fabric of our lives. Educationally loaded, they reinforce the values we believe in. Passed down from parent to child, they operate as a gentle yet effective method of reinforcing our society’s norms.

If we are to change the direction we are moving in as a society, particularly the ‘taking, making and then disposing’ of stuff, we need to think differently, value different things and change the stories we tell our children.

** Bio-sty
Bio for: Biomimicry – an approach to innovation that seeks sustainable solutions to human challenges by emulating nature’s time-tested patterns and strategies. The goal is to create products, processes, and policies – in other words, new ways of living, that are better adapted to life on earth over the long haul. Sty for: a house that pigs live in!